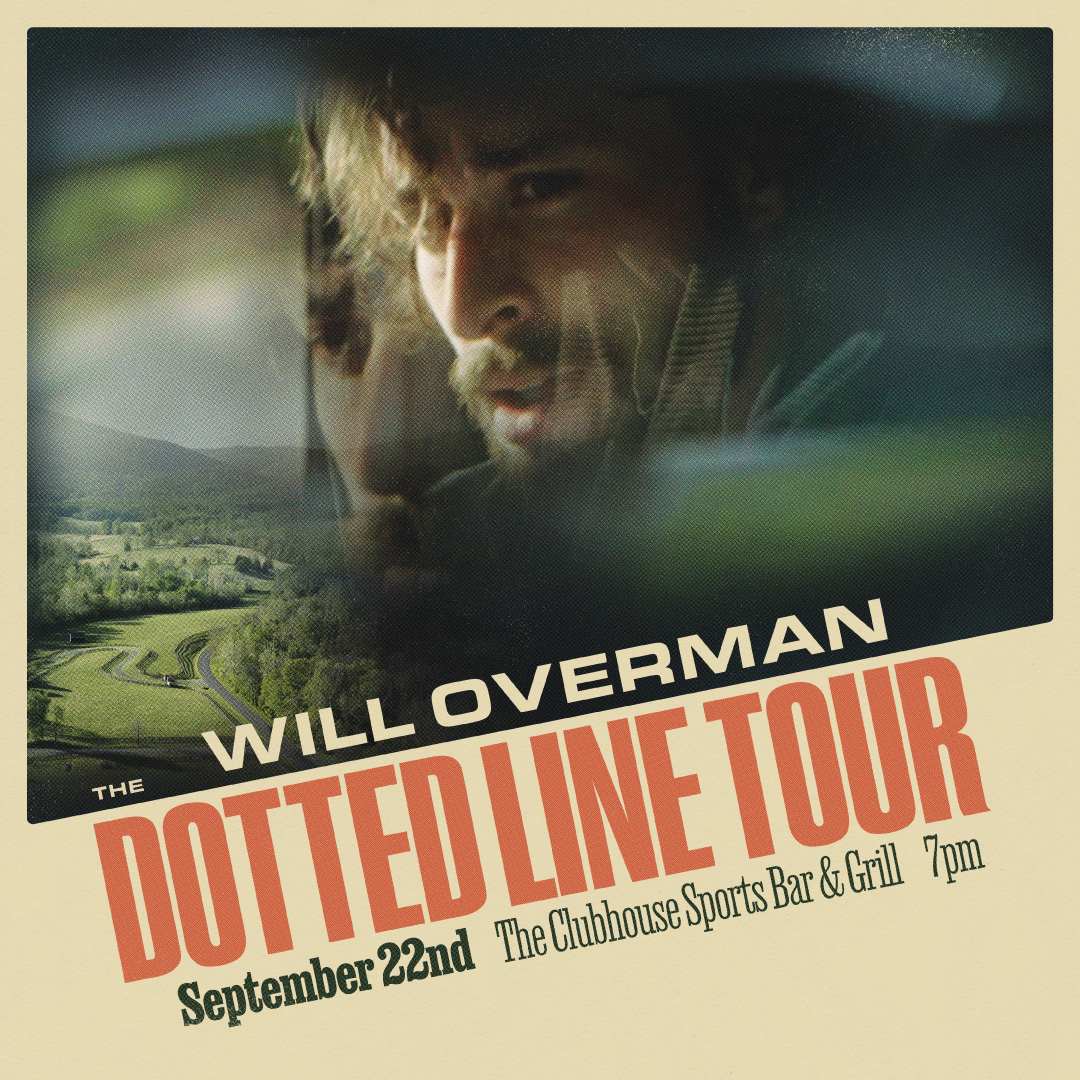 Will Overman is a singer-songwriter based in Charlottesville, VA.

Will’s genre-bending, storytelling approach to songwriting is a product of being born and bred on the east coast, finding love and being tested on the west coast, and finding a renewed passion for his art around the world.

The central VA based singer-songwriter’s music carries a maturity to match the up-and-down life he has lived over the past 26 years. From fronting a touring band while attending college, through-hiking the Appalachian Trail and traveling around the world for several months, to witnessing his parents divorce, standing by his wife as she fought and beat cancer twice, and going through tough financial situations while trying to make it as a creator; Will’s songs evoke the wisdom of an old soul with youthful optimism. Listeners can easily recognize a blending of genres such as Folk, Pop, Country and Rock n’ Roll in Will’s music, bearing to mind the approach that legends Bob Dylan, Bruce Springsteen, or James Taylor took, and how today’s singer-songwriter heroes such as: John Mayer, Jason Isbell, and Josh Ritter, have expanded on it.

Will initially found success with his collaborative project, Will Overman Band, touring up and down the east coast on the weekends while attending college at UVA. Consisting of musicians from central VA, the Southern Rock ‘n Roll influenced Americana project released two EPs and an LP, playing bar gigs and festival slots (Merlefest, Appaloosa Music Festival, Roosterwalk) until in the spring of 2017, Will graduated and the band decided to go their separate ways. Not sure what to do next, Will began writing again, culminating in the release of his first solo studio work, 2017’s Crossroads EP.

In the three years following the recording of his EP Crossroads, Will underwent a major growth and maturing period as life threw everything at him – both good and bad, all of which is captured on his debut solo LP, The Winemaker’s Daughter (released Feb. 12, 2021). Will says, “The Winemaker’s Daughter is about as close as you can get to a concept album without calling it one.” Consisting of nine songs, The Winemaker’s Daughter, is a retelling of the stories and moments from the last three years, of beauty made possible through pain, all with an undertone of hope for the future.

Although the record focuses on Will’s pursuit of his wife Janey, his intimate, personal lyrics and dynamic melodies invariably lead listeners to trade places with Will and find their own romantic moments, intense heartbreaks, and fight for hope, woven in the songs on The Winemaker’s Daughter.

Fire & Wine is an acoustic Folk-Rock duo based in Lynchburg, VA. They play a wide range of covers and sincere originals that make you feel all the things.