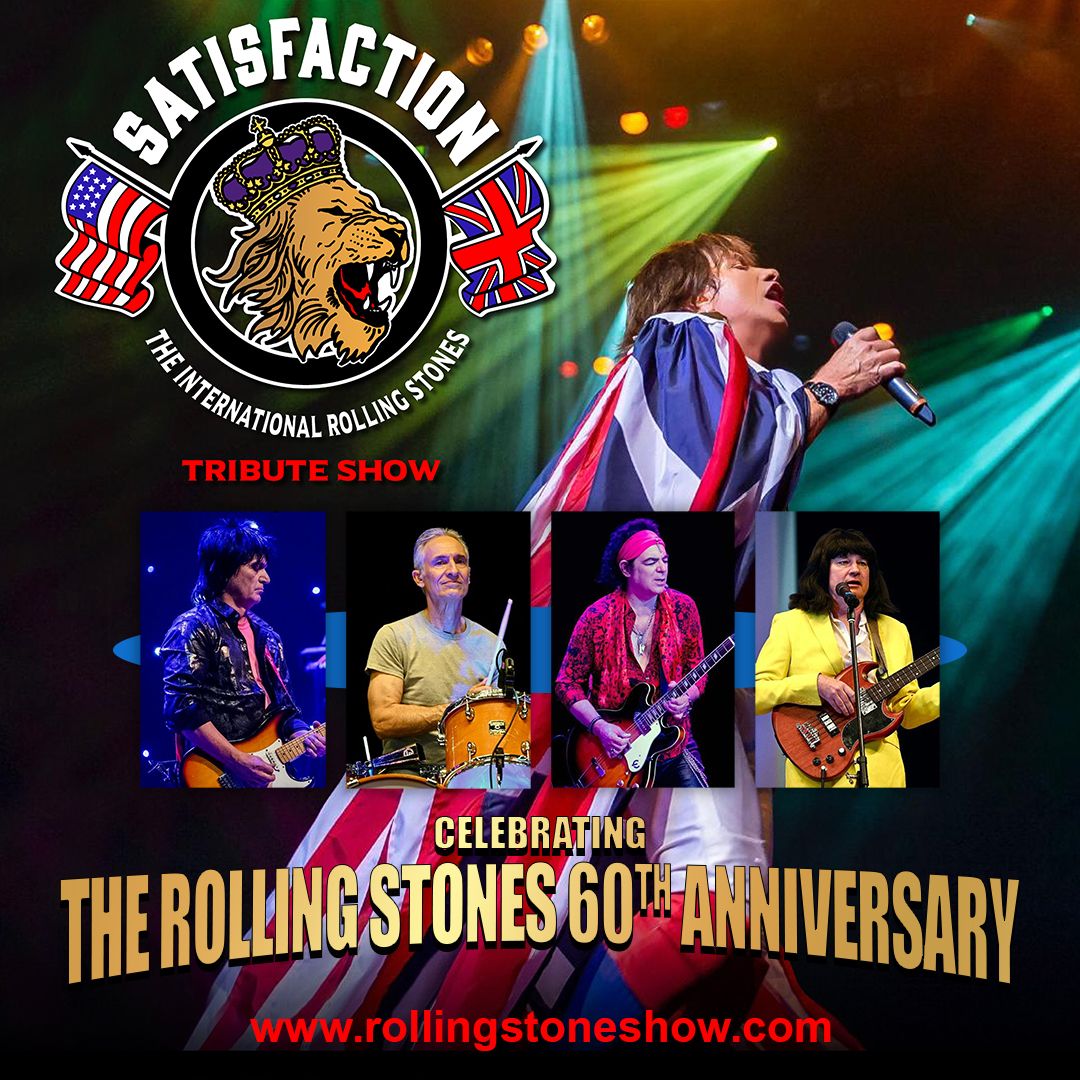 “Satisfaction/The International Rolling Stones Show” is the international touring tribute show to the World’s Greatest Rock & Roll Band. This Billboard & Pollstar highly rated show are entering their 20th year in production with over 4000 performances listed to their credit. Their client list include the nation’s top casinos, performing arts centers, music halls and corporate clients. Performing up to 150 shows a year, this highly acclaimed production showcases the most authentic cast & costuming of its kind. The likes of Mick Jagger, Keith Richards and cast bring a colorful performance to over 50 years of classic hits. They have been featured in Rolling Stone magazine,Showbiz Magazine, Las Vegas Today, CBS Sunday Morning news and hundreds of national newspapers, magazines, television & radio as the world’s greatest show honoring the Rolling Stones and their legacy.

2005: The production became the first ever Rolling Stones show to debut on the Las Vegas strip as part of Legends In Concert Show. They received outstanding reviews as well as feature cover stories in the Las Vegas Sun and ShowBiz magazine.

2007: The group was a featured artist on national television news inthe CBS News/New York special on the rising popularity of the tribute industry.

2008: The show was chosen by Paramount Pictures and the IMAX Corporation to perform promotional concerts for the Rolling Stones concert film “Shine a Light” by Martin Scorsese throughout the USA.

2010: The group received their highest accolades ever as they we reapproved by the Rolling Stones to perform long term engagements with the Walt Disney Corporation. They also embarked on their first ever tour of Russia with sold out shows in Moscow and St. Petersburg.

2011: The group launched a new project entitled“A Symphony for the Devil” featuring the group performing with symphony orchestras around the world.

2014: The group debuted their latest project entitled “Gimme Abbey”.This production is a Broadway style multimedia enhanced show featuring The Beatles and The Rolling Stones together in concert in the year 1969.

2016: Satisfaction entered partnership in a new production entitled“Beatles vs Stones-A Musical Showdown”. This fantastic show features the Beatles and The Rolling Stones live on stage with six power hits sets starting in 1964 and finishing with both bands together foran incredible encore.

2018: Satisfaction debuts “Paint It Back”-A three act production and historical journey of the Rolling Stones recreating their most famous tours from 1965 through 1982 with authentic costuming, instruments and multimedia story.Rolling Stone magazine: “One of the best tribute shows in the world”Las Vegas Sun: “Shined just like the real Stones on the strip”Showbiz Magazine: “They have you in the aisles like Jumping Jack Flash”CBS News New York: “A must see….get SATISFACTION!”Washington Post: “Satisfaction is a spot-on portrayal to the Rolling Stones”.

www.rollingstoneshow.com
OPENER: TRAVIS REIGH
Travis Reigh is an American country singer-songwriter born and raised out of Southwest Virginia.His rock roots, country vocals expel a sound you can’t look away from. Travis thrives on the excitement on people loving good music and enjoying a good time.
Check out his music on your favorite streaming platform.
Facebook.com/travisreighmusic