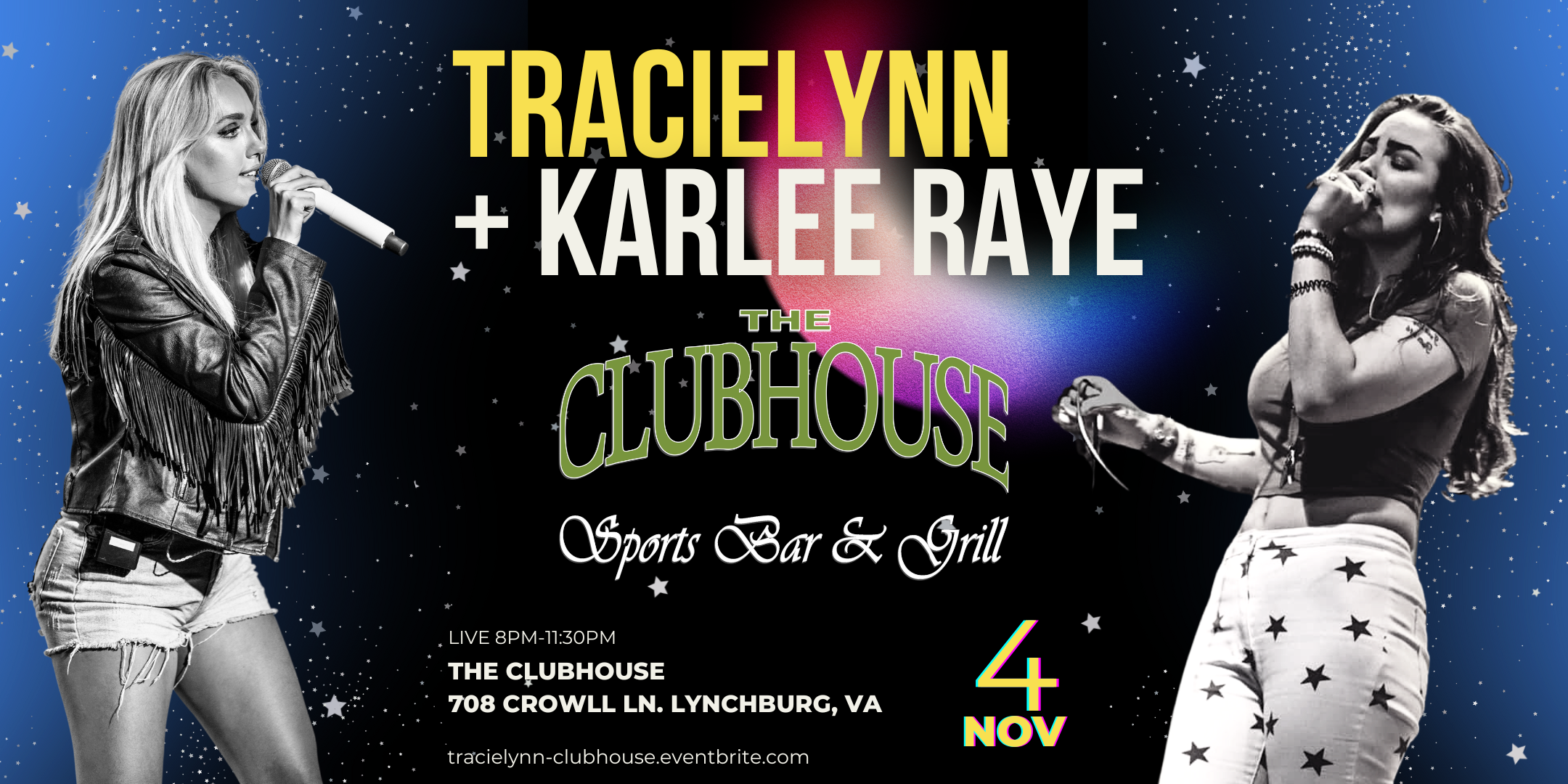 Hailing from the Hampton Roads area of Virginia, country artist Tracielynn is not afraid to make a statement with her music. Coming from a musically inclined family, Tracie knew at a very young age that singing and performing on stage was exactly what she wanted to do ­– which led her to Music City in 2019 to pursue jus t that. Her powerhouse vocals set her apart from the pack, but it’s her ability to be bold and honest in her approach that makes her unforgettable. Influenced by artists like Miranda Lambert, Gretchen Wilson, and Chris Stapleton. Tracielynn strongly believes in “Keeping Country Music, Country.”

“At this time when so so many lament the lack of female voice in country music, Tracielynn delivers a ruckus, rowdy and by God country performance with her single, ‘All Goes South’ ” – Grammy award-winning producer, Luke Wooten (Brad Paisley, Dierks Bentley)

When you hear the Karlee Raye Band play, you not only hear the soulful new twists they put on every song, but you can feel the love and passion being poured into every note. The Karlee Raye Band provides a wide variety of music ranging from old school country, to blue, to soft rock, and even ionto pop. No matter what genre you like or what mood you’re in, the Karlee Raye Band guarantees a well rounded show that will keep you on your toes and having a ball.