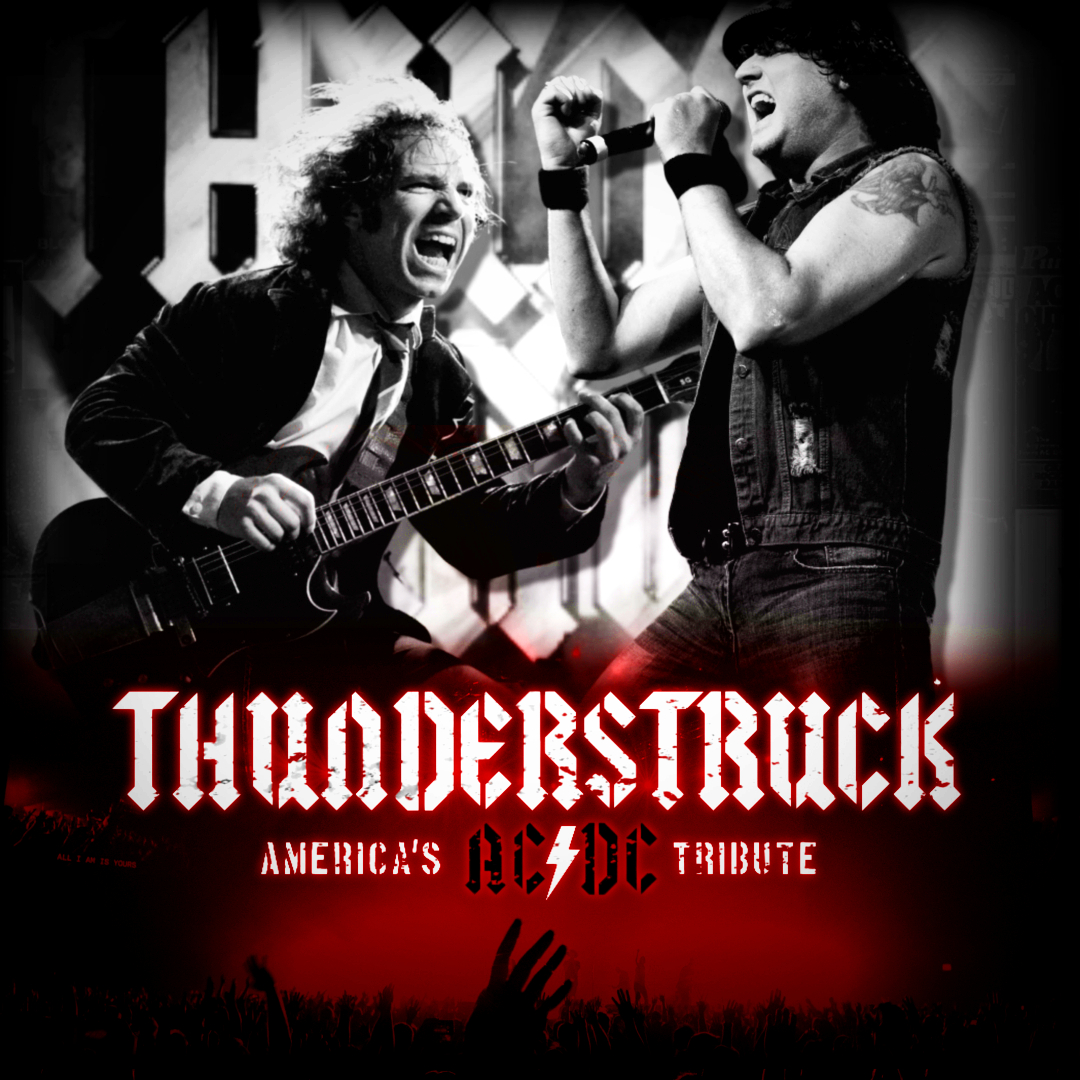 Thunderstruck – America’s AC/DC Tribute debuts The Clubhouse in Lynchburg, Va
Thursday, October 6th — 8pm-10pm
“Thunderstruck brings the power and entertainment of a genuine AC/DC show…They’re amazing…Don’t miss a great night of rock ‘n’ roll!” – 101.4 WPDH The Home of Rock ‘N’ Roll
Thunderstruck gives fans so much more than the sound of AC/DC, they truly capture the high voltage energy and experience. For fans, it’s about a sense of familiarity, and it’s about a feeling that snatches up listeners and takes over. It’s about a contagious kind of power and electricity that few AC/DC tribute bands can provide.
From Tyler Melen’s ridiculously non-stop on-stage performance replicating the Angus Young of the 70’s and 80’s, to Bobby Lee Stamper’s versatile vocals mimicking both Bon Scott and Brian Johnson ranges, to the incredible rhythm section made up of Kevin Feller on rhythm guitar, Corey Baetz on drums, and Chris Jones on bass, Thunderstruck gives a complete and consistently quality live show as true to the spirit of AC/DC that you can possibly get.
Thunderstruck: America’s AC/DC has performed tribute shows throughout the nation, with a consistent record of sold out shows from coast-to-coast. Thunderstruck, officially established in 2015 (but existing in other variations for several years prior), has continued to grow its fan base by building and maintaining relationships with some of the nation’s biggest promoters and venues, such as Live Nation and the House of Blues, as well as by performing at major music festivals including the Pensacola Tribute Fest and Parr Fest, in addition to live stream performances for major brands such as Number Juan Tequila and Monsters of Rock.
Thunderstruck is also the only AC/DC tribute band in the United States to have a major national brand sponsor, which is Number Juan Tequila, owned and operated by Alex Reymundo (Rednexican, Latin Kings of Comedy), and Ron White (Blue Collar Comedy, Horrible Bosses, Comedy Central Presents).
_________________________________________
GENERAL ADMISSION TICKETS
IN ADVANCE: $18 + service/processing fee
DOOR: $25
21+
_________________________________________
Showtime: 8pm-10pm
The Clubhouse Thursday hours: 3pm-12am
Happy Hour: 3-6pm