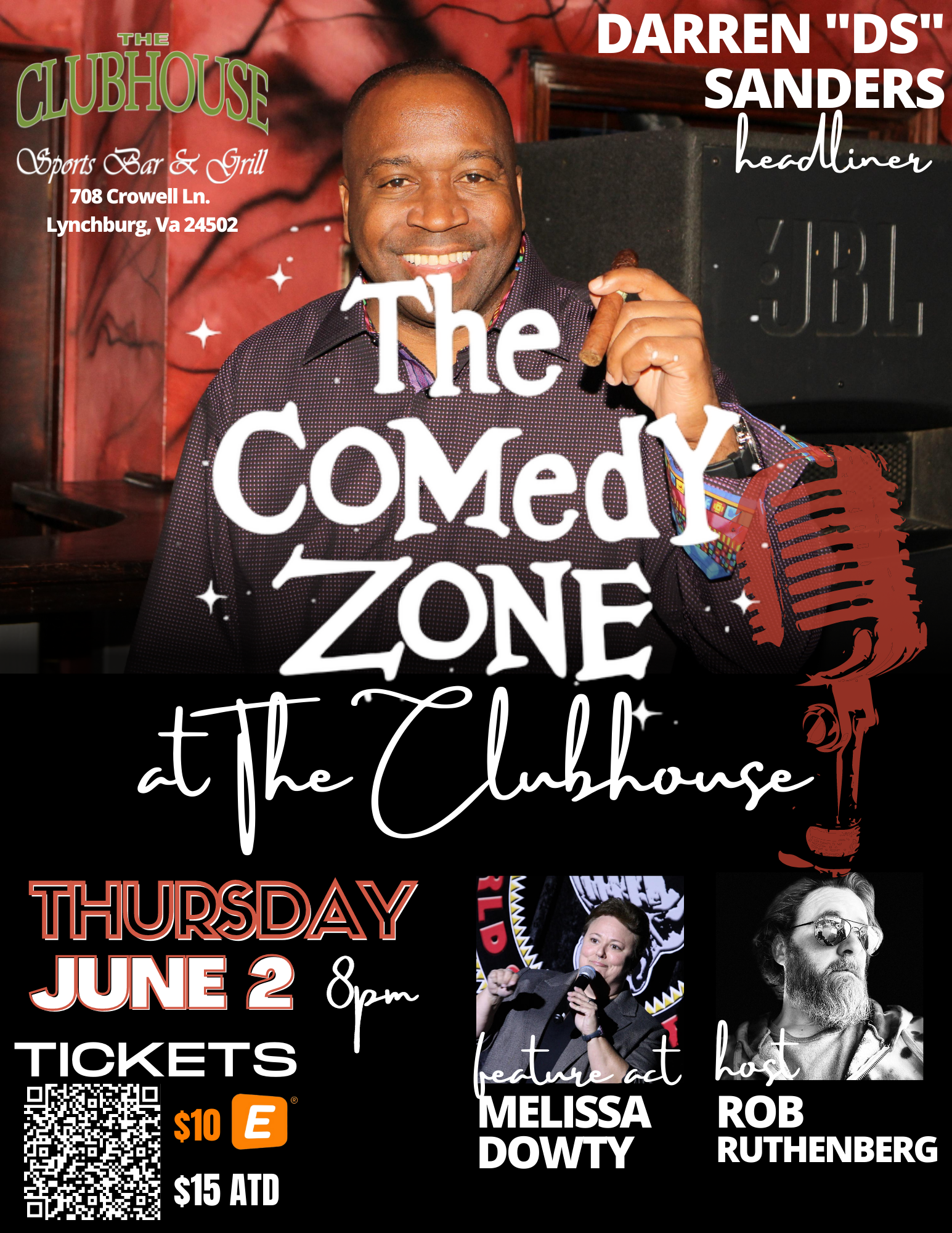 Headliner: Darren “DS” Sanders
Darren “DS” Sanders is one of the funniest comedians touring today; a must see show when he’s playing a venue near you! Darren is a dead on writer who turns life’s everyday simplicities into side splitting comedy routines. DS is known as the man of many faces and his facial expressions are as descriptive as his words. Very interactive with his audiences, never be surprised if you or someone in your party becomes part of the show. But don’t worry it’s always in good taste. This comedy veteran is very diverse and is the right comic for any audience, having worked groups as broad as fifth graders to the Congressional Black Caucus. His style is upbeat and fast paced so be ready to go on a non-stop laugh ride. Mr. Sanders travels regularly to military bases entertaining the troops. “Performing for our fighting men and women is one of my greatest sources of pride and I also feel it is my duty”. He has worked many of the finest comedy clubs, along with some the largest universities and colleges in the country. He is also regularly works the Atlantis Resort on Paradise Island in Nassau Bahamas, which is one of the most popular vacation destinations in the world today. If you enjoy cruising the seven seas don’t be surprised if he’s the featured comic aboard your fun ship “DS is one of Carnival Cruise Line’s highest rated comedians. Darren has worked with many of the industry’s biggest names such as Chris Rock, James Gregory, Mike Epps, Monique, Rodney Carrington, Cedric the Entertainer, and Rickey Smiley and travels regularly with the Queen of Comedy SOMMORE.

Feature Act: Melissa Douty
Melissa Douty brings her unique, authentic, and side splitting comedy to every show; encompassing fans of all ages. Based out of Salem VA. she has been performing comedy since 2004. This year Melissa finished 2nd in the World Series of Comedy Women’s Satellite in Las Vegas, was a finalist in the Make Me Laugh Denver, and was a featured comedian at the Limestone Comedy Festival in Bloomington, IN. Melissa will be returning to Las Vegas in September to compete with the top 101 comedians for the Main Event of the World Series of Comedy.

MC: Rob Ruthenberg
Former nationally touring comedian turned radio and TV host Rob Ruthenberg has been working with some the top talents in comedy such as Adam Sandler. George Carlin, Kevin James, Weird Al Yankovic and more. Working comedy clubs and colleges for over 30 years he is proud to bring is biting observational humor back to the place he has called home most of his life.

The Comedy Zone appears monthly at The Clubhouse Sports Bar & Grill! On the first Thursday of every month @8pm.