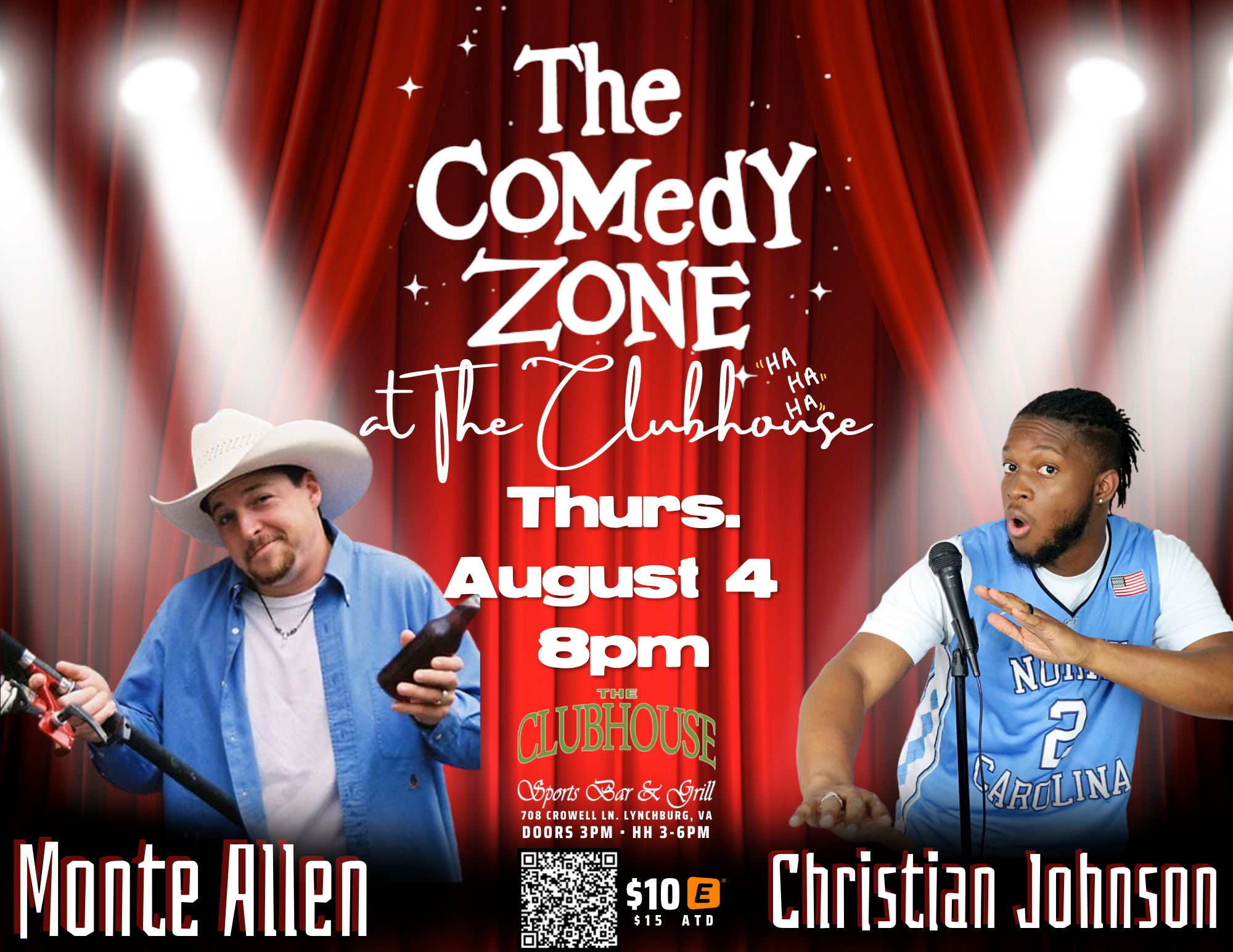 Monte’s rapid-fire comedy is based on an outstanding ability to take everyday dull life and turn it into gut busting laughter. But hold on tight to this ride because his southern point of view and creative imagination will allow you to see life in a skewed and twisted perspective. You can also catch Monte’s new hit song “Better Places” all over the radio from coast to coast. “Better Places,” or should I say “I’ve Been Kicked Out of Better Places,” is a laugh out loud original comedy song that combines true mishaps in this crazy comedians life with a southern twang. This wild man’s show is just good original comedy that will leave you wondering if he is really that screwed up.

Christian Johnson is a clean comedian from Charlotte, NC. He has performed in comedy festivals and was named a 2018 residency holder at The Comedy Zone in Charlotte. He was named first place winner in five standup comedy competitions and also a finalist in Kenan Thompson Ultimate Comedy Competition. In his career Christian has had the pleasure and opportunity to feature for JJ Williamson, Damon Williams, Nikita B, and host for Ali Siddiq along with Shaun Jones. He has also opened for social media sensation Shuler King and the legendary Sinbad. Christian Johnson is a rising star with contagious good energy, a unique style, and refreshing clean comedy.

The Comedy Zone appears monthly at The Clubhouse Sports Bar & Grill on the first Thursday @8pm.