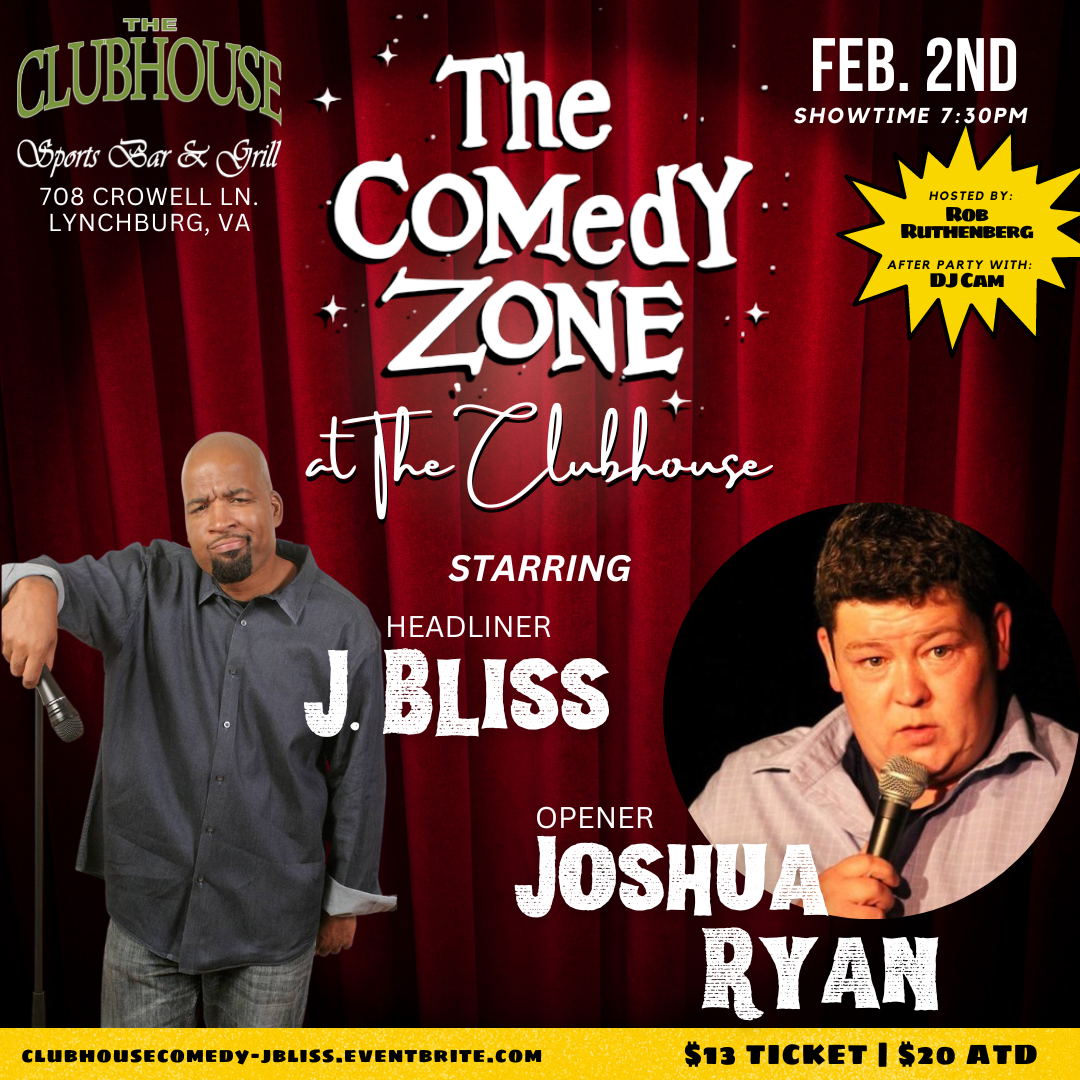 At a young age J. Bliss always had a knack for capturing an audience’s attention with some quick witted humor. J Bliss comedic style is thought provoking dealing with everyday observations and personal experiences which he chooses to find the humor in. His comedic craft started by his upbringing in South Jersey where he first got the hunger for comedy, but he first hit the comedy stage in Charlotte, NC. Since then, he has been traveling up and down the east coast leaving them laughing and easily becoming a crowd favorite. Since his start he has opened for comedians like: Pauly Shore, Tony Roberts, George Willborn, DeRay Davis, Corey Holcomb, Alex Thomas, Rodney Perry, and Eddie Griffin.

After amassing a small fortune in student loan debt for a degree that has little to no value in the comedy world, Joshua embarked on his journey to be an amateur comedy open mic in 2011.  Since then, he has received some spots at Gotham Comedy Club, Broadway Comedy Club, Comedy Works Saratoga, Banana’s, Harrisburg Comedy Zone, Levity Lounge, and some other prestigious venues.  He is a New Jersey based comic who has been described as “charismatic and delightfully miserable with his status in life.” When not peddling jokes in the Northeast, he enjoys spending time on the couch with a 14-year-old, 8 lb. dog named Bella, that he has joint custody with his ex-wife.

The Comedy Zone appears the first Thursday monthly here at The Clubhouse.