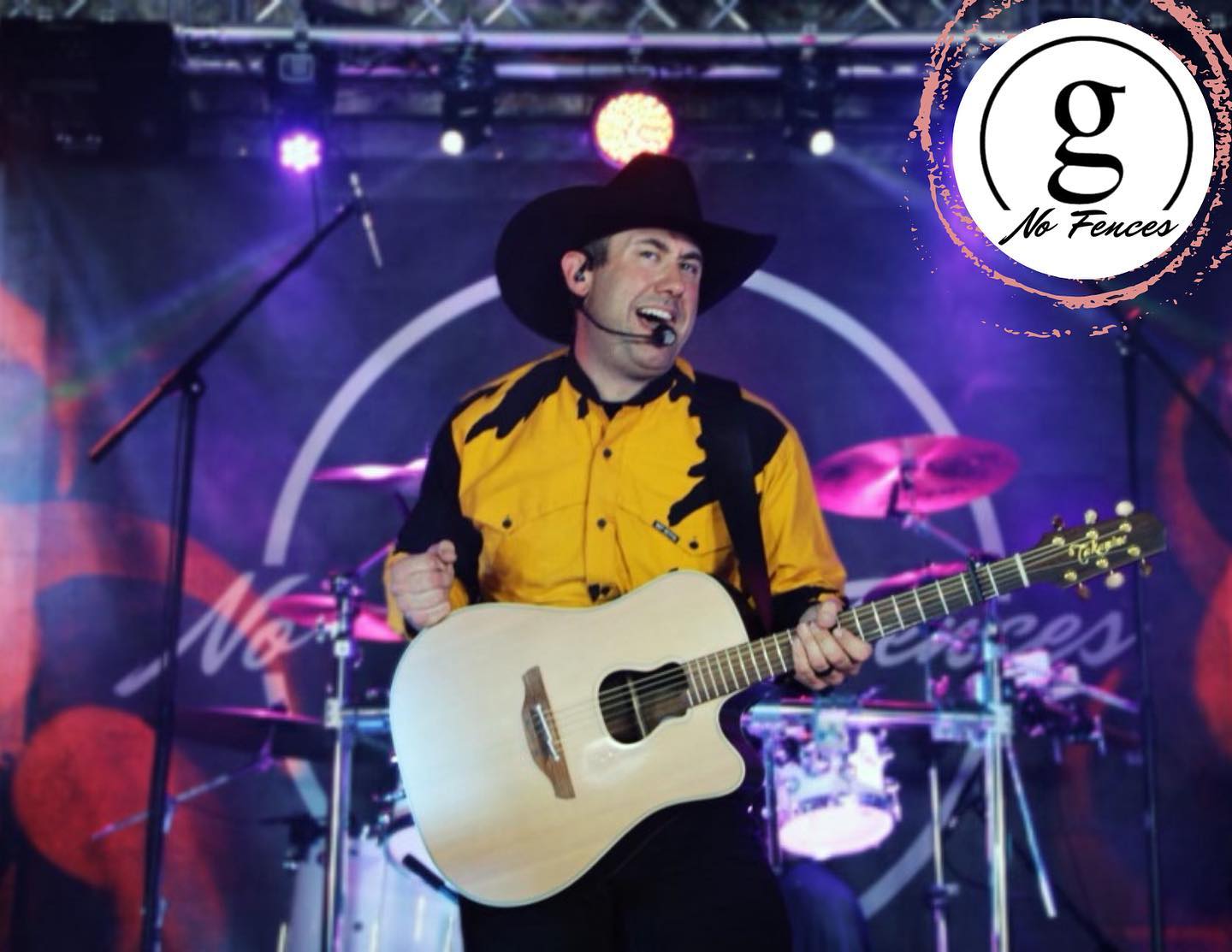 NO FENCES : #1 Tribute to GARTH BROOKS

No Fences is the #1 tribute to country music icon Garth Brooks featuring Dusty Miller. Located in the heart of the midwest, No Fences faithfully replicates the sound, look and feel of a Garth Brooks concert.

“I want you to know this was THE BEST band we’ve ever had at the lake!!! You guys killed it! When Garth toured back in the day I was there. If he played 4 nights in a city I was there. I have the Mo Betta shirt, picks, water bottles.. So I set the bar high for you guys and you flat out NAILED IT!!!! You’re all anyone is still talking about! You worked the crowd like no other and you’ve channeled Garth like no other!!! Leave some dates open for us next season WE WANT YOU BACK!!!!!! I haven’t had this much fun since my GARTH days!! THANK YOU!!”

“What an amazing and entertaining performance at the Elnora Fair last evening! The band is superb and “Garth” is a very talented singer as well as performer. You need to catch this tribute show…no matter how far you must drive!”

“What impressed me most was that No Fences has no egos.”

No Fences was founded out of the love of Garth Brooks’ music. Our “Garth” credits the man himself for inspiring him to pick up a guitar at 11 years old. What started out as an 11 year old winning a lip sync contest complete with a homemade headset mic made by his sister has turned into a full blown tribute concert experience 30 years later.

The No Fences band is comprised of seasoned players hailing from all over the midwest including Nashville TN. Band members have opened for Brad Paisley, Toby Keith and The Kentucky Headhunters. Our “Garth” also provided back up vocals for country music legend Kenny Rogers.

No Fences is the premier tribute to Garth Brooks. A non-stop roller coaster ride celebrating all things Garth!

A local favorite is back to get the party started! Fuzzy Logic plays a wide variety of music. Such as a mix of old/new country and rock, a little bluegrass and some Metalica thrown in for good measure.