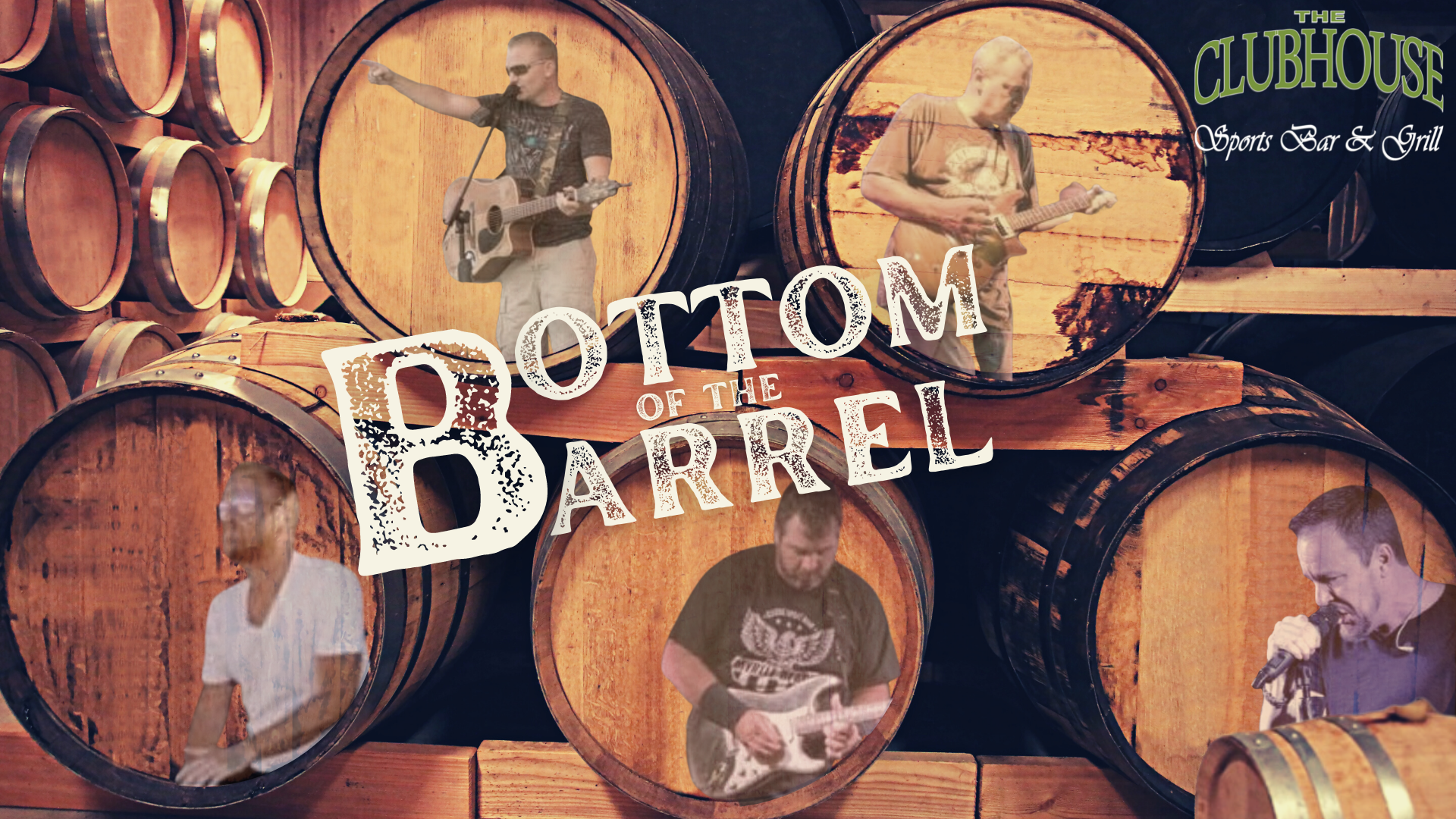 Bottom of the Barrel

Jerry Wimmer welcomes “Bottom of the Barrell”. Jerry Parris, Terry Hannahbass, Tom Howell and brother, Daniel Wimmer.
Folks may know Jerry and Terry from their duo shows or their band, Fuzzy Logic. Tommy Howell has played with many groups around the Lynchburg area and beyond. Many folks will remember Daniel Wimmer from his Burning Bridges days or just from singing with those singing Wimmers. This is yet again another night of shooting from the hip and spontaneous insanity.
Doors: 12pm
Football Specials: 12pm-6pm
Showtime: 8pm-11:30pm
Tickets: $10 cover atd 7pm