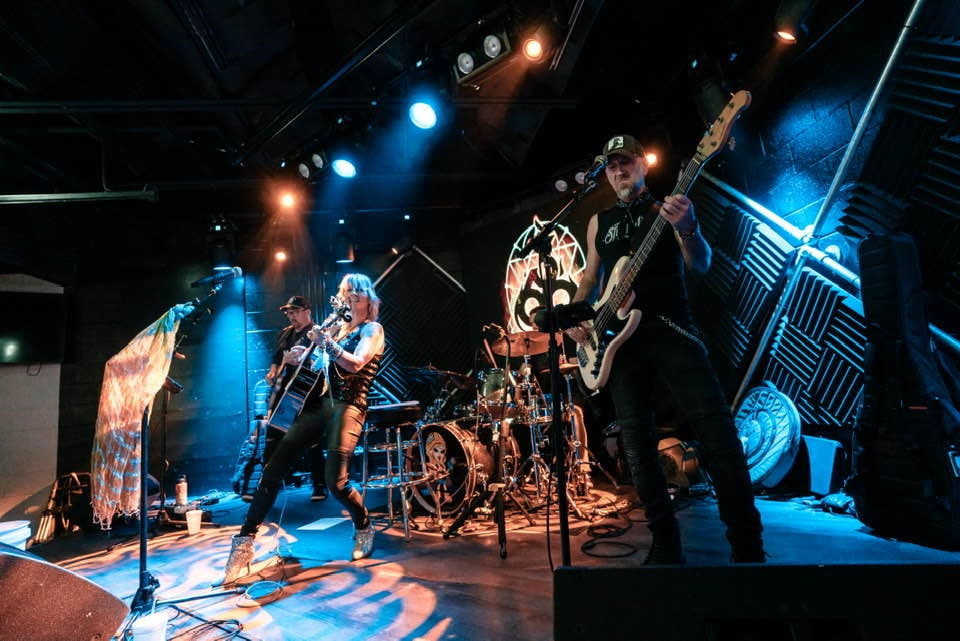 369 is a Nashville recording and based cover band that will rock your socks off!
Kat’Lee has been singing for over 35 years in various bands with various styles of music. From Rock to Country, from originals to covers. After years of performing her original music in Belgium and Europe, she is back to hit the stages with the best Rock covers. Justin hails from the Blue Ridge Mountains of Virginia and has been a professional musician for over 20 years. Raised on a mix of Rock and Soul, he spent his early career as the groove in The Worx band of Virginia. He is now playing in original and cover bands in Nashville, TN touring, recording and entertaining tourists on the Broadway strip. Upon meeting, Kat and Justin immediately recognized their similar tastes in music and created 369. Together with the best musicians in Nashville, they create fire on sage that will not only impress you but will explode into a good time for everyone! With Covers from Led Zepplin, Foo Fighters, Melissa Etheridge, Beth Hart, Janis Joplin, Tina Turner, Alanis Morissette, Lenny Kravitz, Motorhead, Black Sabbath, Blondie, Tom Petty, Brandi Carlile, The Cranberries, Counting Crows and more, 369 will create an unforgettable evening with soul, fire and lots of dancing!
Doors 3pm
Happy Hour 3pm-6pm
Showtime 8pm-11:30pm
Cover: $10 at 7pm